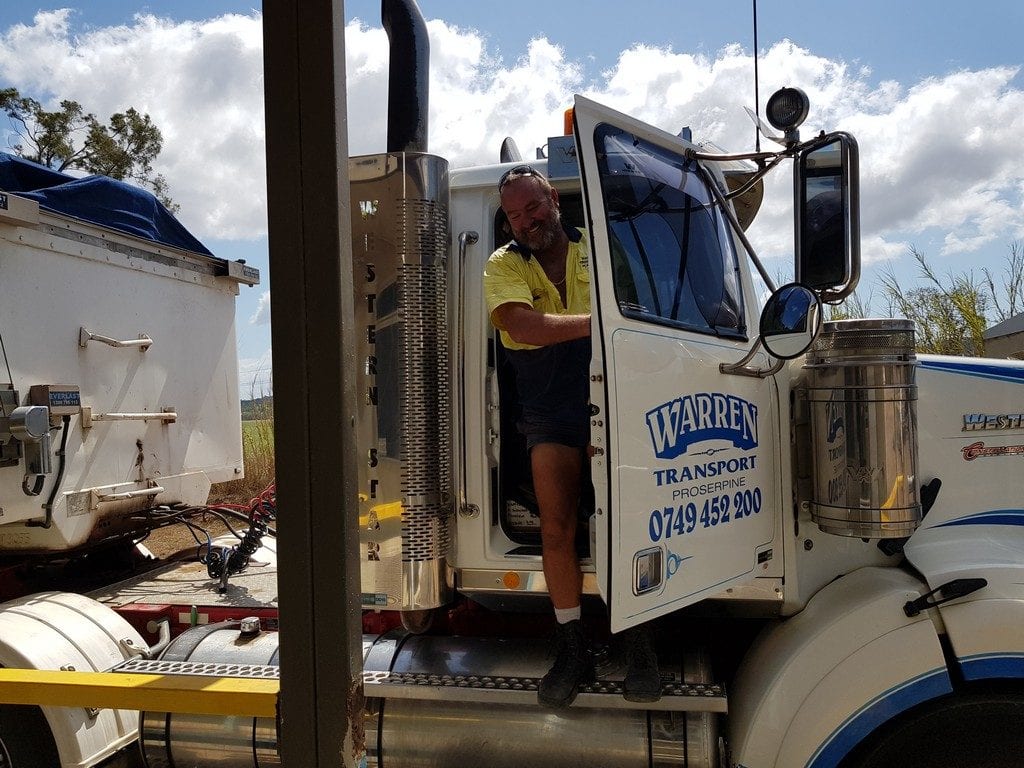 Husband and wife team John and Fiona Warren have been well known business identities in the area since establishing Warren Transport, in 1991. It is now a big player in the haulage and equipment hire industry in North Queensland, with more than 20 employees, apprentices and contractors. John arrived in Proserpine as a three-year-old and has been in the industry all his life. Fiona is from Jandowae and was on her way up the East Coast with a friend when they stopped into Airlie Beach… She met and married John, and their journey together began!

John is a very hands-on MD – he doesn’t expect anyone to do anything he hasn’t done himself. He is very particular and his product has to be perfect – there’s no cutting corners – and ‘near enough’ is not good enough for John, who will keep adjusting until it’s just right. He likes to dabble in things that are a bit different – customised for what someone is doing – and he will adjust things to suit the purpose.

John and Fiona bought Whitsunday Quarry in 2015. Warren Transport had always crushed for other quarries – all their crushing equipment is mobile – and the quarry was a natural progression for the business.